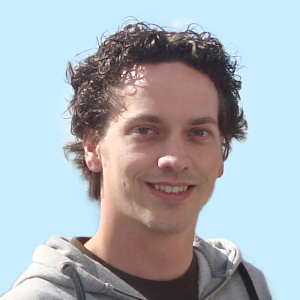 Stephan Verweij graduated in Biomedical sciences in 2012 at the VU University Amsterdam. He successfully defended his PhD thesis entitled “Chlamydia trachomatis in the Dutch population: epidemiology, serological responses, and host genetics” and received his PhD-title on March 12, 2014. In 2009, Stephan completed an internship in the Laboratory of Immunogenetics of the VU University medical center under supervision of Prof. dr. Servaas A. Morré. The subject was immunogenetic and serological correlates of human Chlamydia trachomatis infections. After this project he decided to continue working in the lab of Prof. Morré. Stephan participated in the EpiGenChlamydia student training challenge in Oxford, United Kingdom (2009), and won this challenge with three peer students. From March to July 2012, he undertook an apprenticeship at the Anova Health Institute, Tzaneen, South Africa. The objective of this epidemiological project was to determine the prevalence of C. trachomatis and Neisseria gonorrhoeae in women living in remote areas within South Africa. He was selected for, and participated in the ECDC training programme “Bacterial sexually transmitted infections – diagnostics, antimicrobial resistance and molecular typing” at Public Health England, London from November 17-21, 2014. Stephan is currently enrolled in the accelerated  medical programme of the VU University medical center (“zij-instroom”). He recently extended his finished apprenticeship in the Department of Microbiology of CHUV hospital, Lausanne, Switzerland, where he conducted research on clinical and biological aspects of Waddlia chondrophila, a Chlamydia-like bacterium.