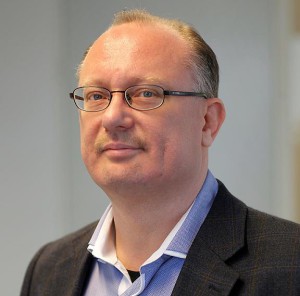 Founder and advisor of TubaScan Ltd..

Professor Servaas A. Morré is working on Chlamydia trachomatis infections for over 20, with a central focus on female infertility and women’s reproductive health. He is a serial entrepreneur in the field of infectious disease diagnostics and human biomarkers. Coordination of large international consortia funded by European money is the basis for his translational output.

He graduated at the VU University, The Netherlands, in Biochemistry and Molecular Biology in 1994. His internships were at The Zaadunie, Department of Cell biology on plant genetics: polyploidization of Brassica oleracea (Cauliflower) during cell culture (M. Tan, PhD) and at the Department of Biochemistry and Molecular Biology VU on processing of ribosomal RNAs in Saccharomyces cerevisiae (Prof. H. Raué, PhD). His PhD thesis (1999) was performed at Department of Pathology (VU University, Amsterdam) on the epidemiology, transmission, natural course, diagnostics and immunopathogenesis of human urogenital Chlamydia trachomatis infections. Finally, in 2009-2010 he got his Master in Biobusiness and Entrepreneurship.

He is currently working as Head of the Laboratory of Immunogenetics (started in 2001), VU University medical center, Amsterdam and as Director of the Institute of Public Health Genomics (IPHG) (started in 2011), University of Maastricht. From Feb 2012 he is Professor Host-pathogen Genomics in Public Health at IPHG. Since 1st of Sept 2009 the coordinates the Dutch Chlamydia trachomatis Reference Laboratory (Amsterdam) for the RIVM including specific CT research tasks and since 1st of January 2014 together with Prof.dr. Christian Hoebe (Maastricht).

As an Erasmus Fellow he studied at the Universidade Do Porto, Laboratório de Genética Molecular, Portugal, on POLO: an essential kinase for mitosis in Drosophila melanogaster (Prof. C. Sunkel, PhD). As a postdoc, the Van Coeverden Adriani Foundation made it possible to extend his Chlamydial research at the Department of Infectious Diseases, The City of Hope Medical Center, California, USA, in collaboration with Dr. Joseph Lyons, specialists in murine modeling in a period of 5 years yearly visits were made, the longest 4 months.

He is working on infectious diseases for more than 20 years and has over 170 publications, from which most are on Chlamydia trachomatis. His research is for the major part focused on the immunogenetics of infectious diseases with special attention to Chlamydia trachomatis and Bacterial meningitis (collaboration Pediatrics, VUmc). He was Scientific Consortium Director, of the European Framework Programme 6 (FP6) grant (LIFESCIHEALTH FP6, Co-ordination Actions (CA)) on functional genomics research entitled: “Contribution of molecular epidemiology and host-pathogen genomics to understand Chlamydia trachomatis disease (Acronym: (EpiGenChlamydia)“ with 20 European, African and US groups. This consortium had his first meeting on 12 December 2007. This consortium is extended via new collaborative activities including a EuroTransBio grant (Start 2012) and a Eurostars grant (Start 2015) into a spin-in company (TubaScan Ltd). As a partner he is participating in several other European programmes and grants.

Together with Prof. Salvador Peña, he organised the “First Annual Amsterdam Chlamydia Meeting” (AACM) in December 2004 and 6th of February 2015 he organized together with Dr. Sander Ouburg the Lustrum “10th AACM”. In July 2005 at the 16th Biennial meeting of the International Society for Sexually Transmitted Diseases Research (ISSTDR) he was a member of the Scientific Committee and organized amongst others the workshop “Immunogenetics of Chlamydia trachomatis Infections”, with Prof. David Mabey (London, UK, Trachoma research). He was organizing Committee member of 6th Meeting of the European Society for Chlamydia Research, University of Aarhus, Aarhus, Denmark, July 1-4, 2008 and at this meeting also session organizer: “Immunogenetics of Chlamydia trachomatis infections”. Finally, he was the organizer of the 7th Meeting of the European Society for Chlamydia Research in 2012 (1-6 July) in Amsterdam, a meeting held only once every 4 years.

Intellectual Property has been obtained and linked to several VUmc Spin-in companies including Microbiome Ltd, (Co-Founder and Co-Director) which won the Amsterdam Inventor Award in 2008 and the FD Gazellen Award in December 2011 and 2012. The second spin-in company founded is named TubaScan Ltd (Founder & Director since 2011) a company focusing on medical diagnostics on the basis of human biomarkers including host genetic markers amongst others for Periodontitis, Rheumatology, Female subfertility and HLA typing.