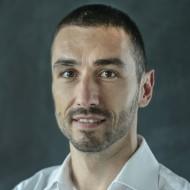 Ivan Branković completed his diploma studies in Biology at the University of Belgrade (Serbia), majoring in Microbiology and Immunobiology. Upon receiving the MTEC scholarship of the Dutch government, he went on to do MSc studies in Public Health at Maastricht University. In the period 2009-2011 he was hired for the EUGiM project, researching sex and gender factors of infectious and autoimmune diseases with the purpose of developing an educational module in gender medicine. In 2011 he began working on his PhD thesis at the Institute for Public Health Genomics, on the topic ‘Public Health Genomics of Chlamydia trachomatis and human papillomavirus’, which he defended in December 2014. In the thesis, he focuses on immunogenetic factors in these infections, as well as the translation of relevant research into the clinical setting. He joined the TubaScan team as a researcher in January 2015.